This Halloween is the first Holiday that I really put up decorations since Adam and I got married two and a half years ago. We were in the process of building our home and lot of things were in boxes, not just decorations. It always seemed like too much energy to sort through everything and put them up in a place that was always temporary.

It’s fun to get a little festive.

… haha, ignore the fact that I am still in the market for some new knobs.

Something we also did recently that fits in with Halloween festivities, thanks to some old folklore, was plant garlic.

Let me rephrase that, we planted one hundred cloves of garlic.

Anyone we tell this to responds with something along the lines of, “Good God. Are you guys trying to keep vampires away?!”

Well, fortunately, we have not been too concerned about the threat of vampires. (… Phew!) But, it still made me curious to see where this connection between vampires and garlic was made.

Turns out it goes back far in history, but was made popular by the novel “Dracula” in the late 1800s when characters wore garlic around their necks to protect themselves from vampires.

The theory was used in real life as well and was based on the idea that vampires are symbolic of mosquitoes. Mosquitoes suck blood and spread diseases. One of the common diseases spread by mosquitoes is Malaria. Victims of malaria appear to be drained and suffer from anemia, much like eerie Dracula stories describe victims of vampire bites.

Garlic is often associated with longevity, good health and also happens to be a mosquito repellent!

This is why garlic would be worn, hung, or rubbed on doors, windows, chimneys, and keyholes… People felt as though they needed to repel vampires.

Like I mentioned, vampires have not been too much of a concern, but it could be because I cook with garlic nearly every evening.

Okay, so maybe it’s not the best thing to have on a first date, but it is so versatile. Garlic goes well in almost any dish. Asian. Mexican. Italian. You name it. Not to mention, Adam and I think it is delish.

I love this quote about garlic.

Thanks to our passion for garlic (… and five years together, making garlic breath a non-issue) we decided to plant the hard-neck garlic variety in the backyard. Hard-neck garlic grows best in cooler climates and it is also what I am most familiar cooking with.

When planting garlic, you want to plant in the fall so that the roots can develop before the winter. Plant only the large, plump cloves. The small inner gloves will likely not develop correctly.

Make sure your garlic bed will receive good sun and water.

Create three inch deep holes spaced eight inches apart and place the flat end of the clove down, pointy tip up, in the hole.

Cover the cloves with two inches of loose soil then about four inches of straw. The straw will help prevent damage from frost and cold weather to your growing bulbs. The straw will be pulled away in the spring.

In the spring, we will also thin the garlic and pull out every other when they begin to look like scallions. The bulbs will likely be harvested in late summer.

So, yes, it sounds crazy to plant one hundred cloves, but we will likely only get fifty bulbs. Which I am pretty confident we will be able to use.

We will use them to keep the vampires (and pesky mosquitoes) away.

Post done…! Time to go hang with some “Party Bones.”

Unlike much of the rest of the world, I have not fully come to terms with the fact that it is Fall.

Now, before you choke on your Pumpkin Spice Latte, let me say that I do love Fall.

I love all of the seasons. And, yes, Fall is wonderful. Football, chili, over-sized sweaters, colorful leaves… Love it.

But, let me also remind you that, in Indiana, it was a muggy, eighty degrees all last week.

Not exactly the kind of weather that makes you want to carve pumpkins or pick apples (… or have a PSL, for that matter), but it is time to welcome Autumn with open arms and give it a try.

Recently, my parents were visiting and I was trying to figure out how to entertain the Ex-Chicago Yuppies in the country. I thought about the little apple orchard I drive passed nearly every day that is just around the corner from our home, but have never been to. So, I suggested a trip to the apple orchard.

They took me to pick apples as a kid so I thought what better way to kick off fall and return the favor.

Some fun shots from a trip to an orchard just outside of Chicago in 1991. My little sister couldn’t have been much more than a month or two old.

We took the whopping two minute drive to Farlow’s Orchard, drove up a gravel driveway past rows and rows of apple trees to a small barn with open doors.

Inside it looked like a basic gift shop. There were lots of different varieties of apples around the room that you could buy as a bushel, peck, or individually. There was also a cooler full of ciders and many apple desserts like apple dumplings or caramel covered apples.

We were greeted by an older man in bib overalls. He explained they don’t have a “You-Pick” operation to preserve the orchard. He mentioned that Farlow’s is the oldest apple orchard in the state of Indiana. The orchard was created by his wife’s family three generations ago.

I knew I wanted to make something with the apples and had recently scanned through the Canning for a New Generation book. There was a recipe for applesauce that had caught my attention in the “Fall” chapter.

I asked which apple was good for making apple sauce. He said lots of them were, but his wife’s favorite for apple sauce is the Cortland variety.

Good enough for me. A woman who grew up on an apple orchard and continued to live there well into adulthood? She probably knows what’s best.

My dad treated me to my apples and got himself an Apple Slush, basically an apple Slurpie.

He thought for a moment. “A suggestion?” the marketing extraordinaire questioned the orchard owner, “A little caramel in here would really just make it incredible.”

“They sell pretty well enough on their own,” the orchard owner bluntly replied.

Welcome to the country, Dad. If it ain’t broke, don’t fix it.

Another thing that clearly had not broken was the cash register. It looked like it was at least a hundred years old. It was a huge machine covered in ornate designs and complete with a big hand crank. The owner said he tried to use a computer once, but this worked better.

I took this mind set home with me and prepared to make applesauce. After cutting, boiling and mashing the apples I pushed them through an old, aluminum sieve with a wooden mortar that belonged to Adam’s grandmother.

Adam found it in his childhood home after his parents moved out and had to hang onto it. It had still not been used since it was in our possession so I decided to give it a try.

Oh my gosh. I discovered muscles in my forearms that I didn’t even know existed. It was crazy, hard work. But, with my peck of apples (… Minus a few for snacking.) I made two jars of apple sauce.

Here is what I did:

Get about about six pounds of apples (Not as many as you would think once you weigh them.)

Add to a pot with about 1 ½ cups water

Heat on high, bring to a boil and stir occasionally. As the apples cook down, the peels will separate from the apple. Cook for about forty minutes.

Pass through a food mill (or sieve). I had the puree fall onto a deep cookie sheet. You can use a bowl as well.

Bring puree to a boil for five minutes.

Can, if you would like. I did not, just because I didn’t make that much. If you were to water bath can apple sauce, process the jar in the boiling water for fifteen minutes.

The apples and applesauce were a perfect first taste of fall.

Now, time for chili… And maybe even a Pumpkin Spice Latte.

Yesterday was a Big Day!

I retrieved the first egg from the chicken coop!

We had been told that it would take five to six months for our birds to begin laying eggs. We brought the few days old chicks home on Mother’s Day, so I knew it was just a matter of time. Adam had also recently switched the birds from Chick Starter Feed to Layer Feed supplemented with oyster shell.

I came home from work and opened up the coop to let the chickens run free in the yard. Side note: We used to let them roam all day, but one day two didn’t come home. (… Can’t help but wonder if a predator was involved somehow.) They still have a fenced in area off their coop they can run in during the day.

Many of the chickens ran out to explore, but one hen hung back. I peered beyond the doorway of the coop to the three roosts Adam had built and sure enough there was a small brown egg. I was excited and kind of in disbelief.

As I stepped into the coop to investigate, it was almost like the hen knew what I was about to do. They normally scoot out of the way of our feet, but she stood her ground.

I felt bad. Was this her showing maternal instinct? I reasoned with my commiserating, female emotion: She didn’t have this maternal instinct thing all worked out. Otherwise, she would have been sitting on this egg. Plus, it wouldn’t matter how long she sat on that egg. She wouldn’t be getting a baby. There was no chicken hanky panky going on.

Shoeing her away with my hands, I made it to the roost and picked up the small, fragile egg. It was a lot smaller than I was expecting, but I read this would be the case in the beginning.

Tiny Egg… Going to need ten of these to make anything…

I couldn’t help but beam with a little pride as I carried the first of many eggs back up to the house. Once in the kitchen I placed it in a little ceramic egg holder I purchased at Anthropologie right after we got the chicks last spring in anticipation for this moment.

In fact, the whole process of raising a chick to lay eggs seemed a little bit like pregnancy.

The excitement when you first get the chicks.

Seeing them grow bigger and bigger every day.

Getting fun accessories like the egg holder or asking everyone you know to save you their egg cartons because their “coming.”

Then it comes and it’s a lot smaller than you thought it was going to be.

But, it’s wonderful. And fun!

And then you start thinking of all that it could become…

… The possibilities are endless.

Below are some fun shots of the grown ladies. We have seven. 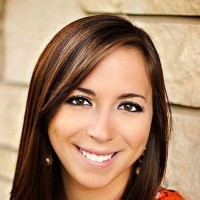 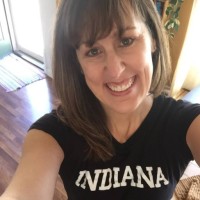 Indiana Girl in the AgComm World

Sarah Sums It Up

Keeping it simple and summing it up one post at a time.

Thought Catalog is a digital youth culture magazine dedicated to your stories and ideas.

Mostly Midwestern (but not always) food and travel adventures.